Do You Dare To Dream Again?

How to Overcome Dream Killers

Take a moment and remember the first dream you had as a child. What did you want to do when you grew up? You could be living in your dream right now, you may have given up and pursued a new dream, or maybe you are still waiting on the fruition of your dream. Perhaps you gave up on dreaming altogether and are waiting for a resurrection of your dreams. Let’s dive into what kills dreams and how we can revive those dreams.

When I think of “Dreamers” in the Bible, I think of the story of Joseph. Joseph was the ultimate “Dreamer.” From having dreams of grandeur to interpreting other’s dreams, we see how dreams in Joseph’s life led him from persecution to destiny. In Genesis 37, Joseph has two dreams that he shares with his family. The first dream begins with him and his brothers working in the fields and gathering stock of grain when all of the sudden, his brother’s stocks bow down to his stock. In the second dream the sun, the moon, and the stars all bow down to Joseph. He shares this dream with his family only to be rebuked by his father and build further resentment from his brothers. This resentment ultimately culminates in the brothers selling Joseph to salvery.

We, of course, know the ending of that story with Joseph rising in status (second only to Pharaoh)  to influence Egypt and save his family from famine, but Joseph didn’t know that. He had faith that God was working even though his circumstances continued to prove otherwise. He held on to his dream despite the dream killers in his life and persevered to his destiny.  So what were those dream killers and how did Joseph overcome them?

If “En-couragement” is to “input courage” into someone, “Dis-couragement” is to rob someone of their courage. The root of a dream lies in courage. You have to be courageous enough to dream of the ideal circumstance and future for yourself. The fulfillment of these dreams require even more courage to act out. When Joseph shared his dream with his family, he was met with resentment and even rebuke. His own family attempted to discourage Joseph’s dream. Entrusting the people you share your dream with is crucial. Surround yourself with like-minded people who will “En-courage” or input courage into you to work towards your God-given dream.

There is no doubt that when you strive for something greater than yourself, you will fail at various times in that attempt. Those failures can turn into disappointments and the risk is that we end up reducing the expected outcome of the dream into something easily achievable by our own strength. This leads into survival mode rather than thrive mode.

Joseph faced disappointment when he worked hard and rose in rank as master of the household at Potiphar’s house, only to be falsely accused and thrown in prison. To Joseph, it would appear his dream was going backwards. From beloved son to slave, and now from slave to prisoner. No doubt that Joseph would have been justified in his disappointment, however he did not stay in that place. Genesis 39:21 states that “The Lord was with Joseph and showed him his faithful love.” This allowed Joseph, despite his circumstances, to continue to work hard, and with the favor from the Lord, was given authority over the prison under the warden. He chose to focus on God’s faithful love for him rather than his circumstance.

“If life gives you lemons… then make lemonade.” This is a life quote that exemplifies how life will throw “curveballs” your way and how to make the best of them. These so-called “lemons” can be distractors towards your dream and you end up focusing on the distractor rather than the dream. These distractors can present themselves as giants that need to be addressed such as unforeseen emergencies and debt.

Joseph had many opportunities to be distracted and many distractors in his life. What kept him going and thriving in the midst of the distractors was the realization that the Lord was with him. (Gen. 39:2, Gen. 39:21) When Potiphar’s wife attempted to seduce him and take him off his course of being a faithful servant to Potiphar, Joseph resisted. Scripture mentions how day after day, Potiphar’s wife pressured Joseph, but Joseph resisted and refused her advances. He went as far as to avoid her as much as possible in his job. She presented herself as a distractor to Joseph’s character and destiny. In the midst of distraction, Joseph kept his eyes on God.

“Hope deferred makes the heart sick, but a longing fulfilled is a tree of life.” Proverbs 13:12. Have you ever had a dream that God has given you that you dismissed or given up on due to a lack of fruit? Maybe it’s the promise of a spouse and a family or a vocation and a calling. Dreams and promises from God are bound by His faithfulness, but trusting in His perfect process and timing can be difficult.

Joseph was only 17 years old when his brothers sold him into slavery. At 30 years old, Pharaoh puts his signet ring on Joseph’s hand and puts him in charge of all of Egypt. For 13 years, he had to endure the process and trust that God was in control. God’s process was to prepare Joseph for His promise. Joseph didn’t know that it would take 13 years, he didn’t know he would lose his social status twice, and he didn’t know how his story would end. He only trusted God and persevered through every season. As a slave, he exemplified a trustworthy character and was given dominion over the household. As a prisoner he exemplified the same character and was given charge over the prison. God things take time and He operates on His time. Philippians 1:6 states that “He who began a good work in you will carry it to completion until the day of Jesus Christ.” In times of delay, trust in His process and make the best out of each season because this process is preparing you for the promise.

A God dream will always require faith and His power to complete. The enemy will always attack a God dream because a God dream that comes into fruition can change the world. Joseph became a father to Pharaoh and helped deliver Egypt and his entire family from famine (Gen. 45:8). His journey from beloved son to slave, to prisoner, and finally father to Pharaoh encourages us to persevere through the dream killers. Surround yourself with like-minded encouragers in times of discouragement, choose to focus on His faithful love in times of disappointment, keep your eyes on Jesus in times of distraction, and trust in His process in times of delay.

Check out our Dare to Dream Again 5 Day Challenge and dream God-sized dreams with us. Do you have long unfulfilled dreams? Has one of these dream killers affected how you dream with God?

On January 17th at 12 o’clock EST. tune into our online event and Dare to Dream Again!

Are you Called to be an Ambassador of Love?

Are you called to re-present Heaven on earth? God recently placed it on my heart to invest in 400 people...
See More 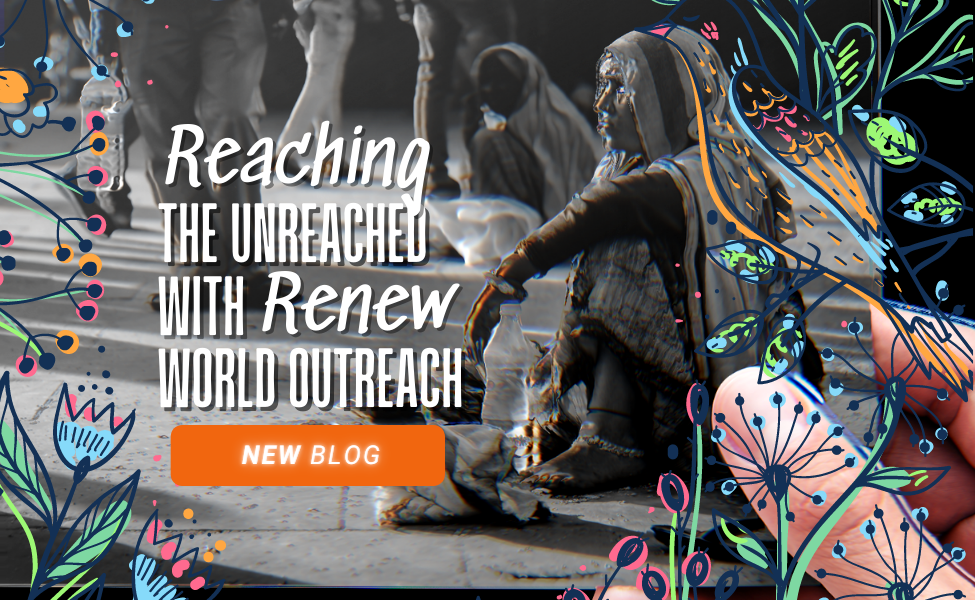 More than two thousand years after Jesus commissioned his first disciples to go to the ends of the earth, billions...
See More

Imagine being so hungry for significance that you trick your father into giving you your twin brother’s inheritance. Okay, now...
See More